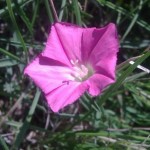 NATIVE grasslands on Melbourne’s basalt plains – including those in Brimbank – have been given the highest possible protection under federal law, listing the ecosystem as critically endangered under the national Environment Protection and Biodiversity Conservation Act.

Ecologists nominated the grasslands for inclusion at least three years ago and, finally, on June 21, it was listed – and rated at the highest of three levels – critically endangered.

Sunshine-based ecologist Simon Cropper said: “It’s a big thing because virtually every development west of Melbourne could trigger the EPBC.

“Many landowners don’t relate grasslands to native vegetation; mums and dads with rural blocks may not understand [the implications].

But “with 99.99 per cent of the basalt plains grasslands in their true form now gone,” Mr Cropper said he hoped the move would halt the decline.

In the advice to the minister listed on the department website, a block as small as 0.05ha – or 500 square metres – can be defined as grassland. Under the Act, any planned clearance will have to be referred to the Federal Government for approval. And, because there is no bilateral agreement between the state and federal governments, two separate applications must be made.

To add to the confusion, the Federal Government’s definition of what should be protected is likely to be different to that used by the Victorian Government, so land that might not qualify as remnant in Victoria might be protected under the Federal Act.

Landowners are warned not to clear any land without approval however – civil penalties of $550,000 can be levied against individuals, and up to $5.5 million for corporations, with criminal penalties of seven years’ jail and/or $46,200.

While offsets can be made to compensate for lost vegetation under state law, this is not offered under the EPBC ACT, which insists the damaged land is repaired.

British-born, schooled in Holland and Wales, I worked my journalism cadetship in the Home Counties, escaped to London, then spent a couple of years travelling before settling in Melbourne, where I have written and edited for a range of publications, including Pacific Magazines [Your Garden, Home Beautiful, New Idea] and Fairfax Community Newspapers. Now a mother of two wonderful teenagers, I write about gardening, sustainability and people, when I can drag myself away from the vegie patch and my saxophone.
Jane Canaway tagged this post with: basalt plains, EPBC, grasslands, Simon Cropper, Volcanic plains Read 55 articles by Jane Canaway