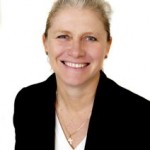 Trained in England, educated in Holland and Wales and based in Australian since 1988, Jane Canaway is a photojournalist with many years’ experience and a constant thirst for new skills and knowledge.

Since graduating from the University College of Wales in Aberystwyth, she has written for a wide range of newspapers, magazines, in-house journals and one-off publications in the UK and Australia, as well as editing, sub-editing and producing national magazines, regional newspapers and one-off brochures and annual reports.

Her photographs have been published in travel magazines, newspapers and professional journals.

Jane is a member of the Media Entertainment and Arts Alliance.

Reportage – A former Fairfax Community Newspaper journalist, Jane has experience in most aspects of news reporting, from court and police rounds to local and state government, transport, planning, education, health, environment and entertainment. During stints at the Surrey Mail, Surrey Advertiser and the Aldershot News in England, and Melbourne’s local newspapers The Western Times and Fairfax Community Newspapers, she has not yet missed a deadline.

Feature writing – As well as news features written for papers, Jane wrote regular features for the British Hang Gliding Association magazine Skywings! before moving to Australia and joining the staff of Southdown Press (Pacific Magazines), where she wrote and sub-edited for Your Garden, Home Beautiful, and New Idea. As a freelancer, she has had work published in The Age, Outback Magazine, Sanctuary, Green Magazine, Australasian Post, On The Road and Qantas’ in-flight magazine. She specialises in botany/horticulture, biographies, environmental and sustainable issues, and travel.

Photography – Jane’s work has been published in Fairfax newspapers, Outback Magazine, Your Garden, G Magazine, Green, Sanctuary, On The Road and Australasian Post, as well as professional journals in the field of aviation and horticulture. She partners with a number of award-winning photographers for more technical work, such as interiors and studio work.

Editing and sub editing – With specialist knowledge of horticulture, architecture/building, aviation and food, Jane has a good eye for detail, strong knowledge of grammar and syntax, and is comfortable using most publishing programs, including Cyber (Genesis and Genera), Quark Xpress, InDesign, Publisher, and PageMaker. She has worked as production editor of Your Garden, news editor and commercial editor at Fairfax, and from 1990-1995 she edited Airsport, the magazine for the Sport Aircraft Association of Australia, then wrote, laid out and edited Businews, the glossy newsletter of the Maribyrnong Chamber of Commerce from 1999-2001.

Technical copy – Jane has a solid track record of writing crisp, well-researched and technically accurate copy across a number of fields. For two years Jane was responsible for writing the in-house journal for global cable and pipe manufacturer, BICC (now Balfour Beatty). This involved a high level of technical understanding as well as sensitivity to corporate style and confidentiality. She received the personal approval of then-CEO Sir William Barlow for her work. As editor of Airsport, the magazine for the Sport Aircraft Association of Australia, Jane also earned the approval of even the toughest critics for her ability to understand complex subjects and spot technical errors. At New Idea her astute subbing skills earned her responsibility for checking the more technical craft and cooking pages.

Biography – With an ability to listen and sympathetic nature, Jane has a talent for telling other people’s stories. In the UK she wrote a monthly series of Pilot Profiles for the British Hang Gliding Association magazine, and has gone on to tell the stories of people of all ages and backgrounds, from actors and musicians, to politicians, professionals and more media-wary subjects, such as illegal BMX riders, witnesses to gangland shootings and survivors of the Black Saturday fires. A recent commission to record some thoughts and life history of young father suffering terminal cancer was used by his family to write his eulogy and helped him pass on life lessons and a personal message to his young sons.